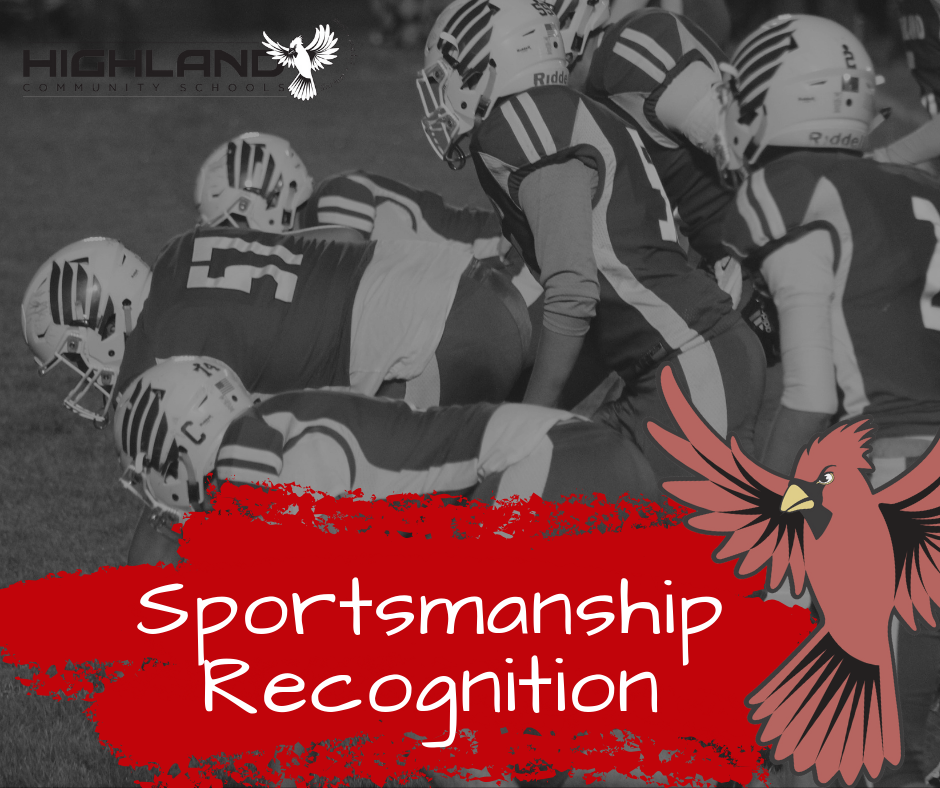 We received the following message from the referee crew that worked our first home football game:

"On Friday night August 23rd, our crew officiated a conference game between Highland and Seneca/Wauzeka-Steuben(SWS). This was the first time these two teams met in a conference football game as they have been realined this year for football. What a great display of sportsmanship by both teams, as SWS players and Highland players both were helping each other up off the field at the end of plays. There was no trach talking, only positive words of encouragement to each other. The coaches coached, the players played, and the fans cheered. Our crew never heard a complaint about any calls that were made. There was never any questioning of what took place when penalties were called, by players, coaches, or the fans. Truly a great night of what high school sports are all about. The communities of Seneca, Wauzeka, Steuben, and Highland can be proud of their coaches, players and fans doing an outstanding job of representing them.  Keep up the good work SWS and Highland!

Thanks for helping us to put our best foot forward as we begin the 2019-2020 athletic season!